By Jonathan Musk / 3 years ago / Features / No Comments

How Volvo has transformed itself under Geely management. 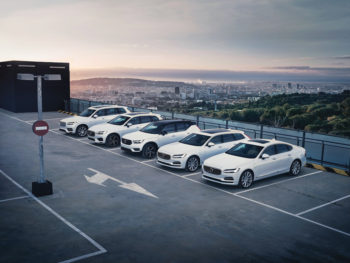 Volvo recorded its fourth consecutive year of records sales in 2017

The winds of change have been blowing a gale at Volvo over the past decade. Following the company’s purchase by Geely in 2010, Volvo has undergone rapid transformation, adopting new platforms, engines, cars, electrification, technology and a sustainable future.

Much of this change has come since 2012, when current president and CEO, Håkan Samuelsson, took to the helm and whose contract has recently been extended until 2022. Under his management, Volvo’s rapid progress was kick-started by the introduction of the new XC90 in May 2014. Four short years later, Volvo has a world-class and award-winning model line-up including family cars and super saloons, as well as an appealing range of SUVs – with each offering world-class design, safety, competitive engines and, of course, Swedish design touches.

Indicative of the company’s growth is its appetite to recruit, with a total global workforce of 38,000 in 2017, growing significantly since Geely’s takeover, and it’s a far cry from the mass layoffs that occurred during the 2008 financial crisis, under Volvo’s previous ownership by Ford.

In 2017, Volvo sold 571,577 cars, the company’s fourth consecutive year of record sales. Parent company Geely’s home country of China is Volvo’s most important market, with some 20% of the total sales volume in 2017, followed by the United States (14%), Sweden (13%), the United Kingdom (8%) and Germany (7%). In 2017, Volvo sales in the USA dipped slightly, but a new factory in Charleston will likely turn that around for forthcoming sales results.

Despite Chinese ownership and a growing number of internationally located manufacturing facilities, Volvo remains distinctly Swedish with its head office, product development, marketing and administration functions mostly located in Gothenburg, Sweden. Additionally, since 2011, Volvo has offices in Shanghai and Chengdu, China. The Volvo Cars China headquarters in Shanghai includes a technology centre and functions such as sales and marketing, manufacturing, purchasing, product development and all other supporting functions.

Volvo has made its intentions clear on the global stage with safety remaining at the heart of the brand, followed closely by sustainability and an electric future. Samuelsson said: “Our vision is that by 2020 no one should be killed or seriously injured in a new Volvo car.”

Following this, Volvo was one of the first major manufacturers to announce its electric intentions stating that every Volvo launched from 2019 will have an electric motor – thus ending its production of non-electric assisted internal combustion engine powered vehicles. The company plans to offer a mix of ‘mild hybrid’ 48-volt systems, plug-in hybrid and battery electric vehicles – notably skipping full hybrids.

Today, Volvo offers a plug-in hybrid option on most of its vehicles, including its potent ‘T8 Twin Engine’ badged cars, which utilise GKN Driveline technology. These will soon be joined by smaller and more economical PHEV setups on its smaller cars, including the XC40 SUV. Looking ahead, the range will additionally be complemented by five fully electric cars between 2019 and 2021 and petrol plug-in hybrid and ‘mild hybrid’ 48-volt options on all models. This spells the beginning of the end for diesel-powered Volvos, with the brand beginning to phase the fuel out with no new car models being launched with the fuel – starting with the S60 saloon – and all new models launched from 2019 will be available as either a mild petrol hybrid, plug-in petrol hybrid or battery electric vehicle.

In a further commitment to electrification, Volvo also launched Polestar, a new stand-alone electrified car brand fully consolidated within the Volvo Car Group that has already started construction on its first plant in Chengdu, China.

Despite its Chinese owner Geely appearing as an all-powerful parent, Volvo enjoys a high level of autonomy and has conducted deals to supply its SPA (large vehicle) and CMA (small vehicle) platforms to other companies within the Geely group, including Lynk & Co that will soon offer an XC40-based small SUV, as well as LEVC taxis that use the XC90 base and control units for its plug-in hybrid London taxi solution.

Naturally, no carmaker today would be complete without an autonomous drive (AD) program and Volvo is again ahead of the curve in this regard. Uber is using modified XC90s for its self-driving tests, which Volvo collaborates on from a hardware perspective. In a boon for the company, Uber agreed to buy up to 24,000 cars from Volvo for its AD taxi service.

Volvo has also joined up with Autoliv, transferring most of its AD-related software development to the joint venture Zenuity. The research into driverless vehicles is not solely destined for Volvo’s own hardware, however, as the company aims to create products that other OEMs will be able to purchase and apply to their own offerings. Matching safety with electric and autonomous drive technology, Volvo unveiled the 360c as proof of concept.

As a part of the company’s fundamental change, and under the umbrella of its new company mission ‘Freedom to Move’, Volvo aims to offer a wide range of safe, personal and sustainable mobility services rather than merely selling cars to end consumers. By 2025 it expects to generate half of all annual sales from fully electric cars, while one-third of all cars are expected to be autonomous.

Volvo is aiming to reinvent the car sales model dramatically, with over five million direct consumer relationships by the middle of next decade and offer half of all cars to customers via subscription – some of which will be supplied by Volvo’s proprietary car subscription service ‘Care by Volvo’, as well as new standalone mobility brand ‘M’, which will provide on-demand access to cars and services via an app. 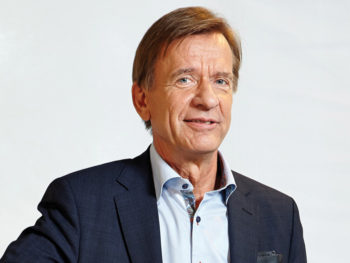 We are finding solutions to the disruptions being posed around electrification, connectivity, mobility services and autonomous driving (AD). This year we have laid out clear strategies in each of these areas.

The Chinese passenger car market remains the fastest growing market worldwide, and Volvo Cars performed very well in China in 2017, breaking the 100,000 unit threshold for the first time. With our car plants in Chengdu, Luqiao and Daqing, as well as a stable dealer network, we are driving greater awareness of our product quality, technology, brand values and Scandinavian heritage. We continued to increase sales in Europe where the market remained strong. We are particularly pleased with 6% increase in Sweden selling almost 75,000 cars against market growth of 2%.

As of December, the XC60 is now being built in both Gothenburg, Sweden, and in Chengdu, China. Recently it was named the car with the best overall performance by the prestigious Euro NCAP 2017 Best in Class safety awards. By launching the XC40 we have a complete SUV offering for the first time.

Care by Volvo is our response to flexible mobility. The aim is to give customers more freedom – without having to own a car. I believe subscription services are one way forward as new mobility continues its rapid development. For subscription services and AD, connectivity and digitalisation are essential. Being a small player in this sector, we have chosen to make a virtue of our agility in forming a number of strong and mutually beneficial partnerships during the year.

We have joined up with Autoliv, transferring most of our AD-related software development to our joint venture Zenuity. Importantly, we believe that we can benefit from commercialising our AD technology as this business will sell its products to other OEM’s in the future.