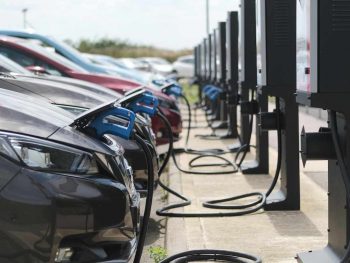 The SMMT data for October shows overall registrations fell 1.6% to 140,945, adding to existing to concerns and uncertainties over the outlook for the car sector, in particular a no-deal Brexit. Private registrations edged up 0.4% while business registrations to sub-25 fleets rose 4.0%. But fleet registrations were down 3.3% to 77,249 units, following 5.8% and 5.5% declines in September and August, and a 5.2% gain in July.

The SMMT said last month’s sales marked the weakest October performance since 2011 and added that the downturn had been partially masked by a weak October 2019, when the market had been affected by ongoing supply issues due to regulatory challenges, as well as political and economic uncertainty ahead of the anticipated Halloween Brexit withdrawal date.

With the Welsh ‘firebreak’ having accounted for more than half of October’s losses and a new ‘stay at home’ order in place for England – forcing UK showrooms to close despite dealers saying they can operate safely – the SMMT added that the car industry is pinning its hopes on click & collect to avoid a repeat of spring’s “market wipe-out”. But 2020 is already expected to see a total year-on-year decline of around 750,000 registrations – plus a £22.5bn loss in turnover – and is likely to be the weakest year since 1982.

SMMT chief executive Mike Hawes said: “The entire industry now faces an even tougher end to the year as businesses desperately try to manage resources, stock, production and cashflow in the penultimate month before the inevitable upheaval of Brexit. Keeping showrooms open – some of the most Covid-secure retail environments around – would help cushion the blow but, more than ever, we need a tariff-free deal with the EU to provide some much-needed respite for an industry that is resilient but massively challenged.”

Commenting on the SMMT’s figures, Andrew Burn, head of automotive at KPMG, said the £22.5bn loss of turnover as a direct impact of the pandemic was extremely significant.

He added: “What is really clear is that the winners in the sector are likely to be those who embrace online and remote selling as this will undoubtedly be the growth sales channel in the months to come.”

One silver lining though remains the ongoing rise in demand for electrified vehicles – continuing to indicate a way out of the downturn, in particular for fleets. While diesel car registrations plummeted 38.4% in October and petrol was down 21.3%, battery electric vehicles were up 195.2%, PHEVs rose 148.7% and hybrids were up 39.0%.

Hitachi Capital Vehicle Solutions’ Jon Lawes said the long-term growth in demand for electric and hybrid vehicles “demonstrates to the industry and government that consumers and business see real alternatives to diesel and petrol vehicles”.

“To keep this momentum in line with the growing number of electric and hybrid models coming to market, we are calling on the Government to collaborate more effectively with our industry to develop the charging infrastructure which will adequately support, and accelerate the transition to EVs and crucially, provide both business and consumers with the confidence that EVs are operationally viable replacements,” he outlined.

A further spur could be the Government announcement of a 2030 date for 100% EV sales; something the UK’s major fleets continue to lobby for.