By Natalie Middleton / 3 years ago / Comments / No Comments

Fleet Logistics gives an overview of the Brazilian fleet management market and the opportunities for further development. 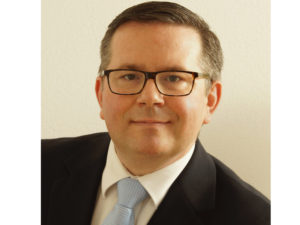 With a population of more than 200 million people, Brazil is the largest fleet market in South America. Yet, although the Brazilian fleet market is well developed, there is still significant potential for further development of fleet management.

That’s the view of Marcus Hennecke, global account manager at Fleet Logistics, which has just gone live in Latin and Central America with global agri-business Syngenta, managing a fleet of around 1,600 vehicles in eight countries across the region, including Brazil.

Fleet Logistics is responsible for a fleet of 800 cars in Brazil, plus another 800 cars in other Latin American countries, managed from the office that the company has created in São Paulo.

According to Mr Hennecke, the local market brings bespoke issues, mainly because of its size and the different geographical conditions.

Of the approximately four million corporate vehicles in Brazil, more than half are located in the southeast region of the country, which contains the major population centres, including Rio de Janeiro and São Paulo.

Most of the corporate cars are outright purchased as leasing is still an uncommon way to finance cars, although it is on the increase.

Mr Hennecke adds that fleet management in the region is split 70:30 between recognised fleet management techniques as seen in mainland Europe, and regional content which needs to take into account local factors, such as the sheer size of the country, the different regional conditions and specific national rules and regulations, especially those that are tax-related.

Although Mr Hennecke says there are suppliers who are able to cover the whole country, with the exception of a few cases in very remote areas where other solutions are required, further challenges arise from the size of the country.

“For example, as a result of the different topography, different cars are needed to serve the purpose of the driver; so a fit-for-purpose analysis, differentiated by region, is necessary,” he says.

In addition, Brazil’s roads infrastructure is not constant throughout the country, and in the north of the country many of the roads are just mud or dust tracks.

“This requires special vehicles to tackle the terrain and 4x4s are definitely required in some of the more remote provinces in the north,” adds Mr Hennecke. “Also the delivery time of new vehicles or spare parts in this region is different – in the rain season it may take weeks to deliver urgently needed items.”

Brazil imposes 35% import duties to ‘incentivise’ commercial companies to buy vehicles that are produced locally. Not only does the import duty apply to vehicles, but it is also applicable to imported replacement parts that will be needed during the course of a vehicle’s service life.

At the same time, there are a number of different taxes on vehicles, based not only on the type of vehicle and its powertrain, but also on the province where the car is registered, for example.

“All of these local factors have to be taken into account when calculating the TCO of the vehicles involved, as taxation is clearly a key component of the TCO calculation,” adds Mr Hennecke.

Another issue is the rising cost of fuel. Brazil has a national initiative to reduce dependence on imported petroleum. Historically, imported oil accounted for more than 70% of the country’s oil needs, but Brazil has succeeded in becoming self-sufficient in oil.

Despite this, current fuel prices in Brazil are increasing linked to rising taxes on gasoline and diesel which were increased last year. Companies tend to buy gasoline or flex-fuel vehicles, which can run on either ethanol or gasoline, while pick-up trucks with diesel engines are also a popular choice.

There is still only a low percentage of cars financed via a leasing company, as a result of taxation issues from the past, but also because of ‘cultural’ or ‘market maturity’ reasons.

Nevertheless, good suppliers for operational leasing do exist in Brazil, including the major international providers as well as some ‘local heroes’.

“As a result, it is worth carrying out a lease versus buy analysis, to determine what – in the specific circumstances of our clients – is the best way to finance their fleet operations,” says Mr Hennecke.

There are three major challenges in setting up successful fleet management in the region, he says.

“The first is to challenge the internal processes that are driven by the Brazilian administration culture, which are often complex.

“The second is to select cars on TCO-basis. This means finance, maintenance, fuel, and taxation as well as deciding between the operation of a purchased fleet versus an operational lease setup.

“And thirdly, the setting up of a powerful system of multi-bidding for all new vehicles, which means setting up clear and standardised rules amongst a range of multiple suppliers and then selecting the best individual offer available.”