By Jonathan Musk / 3 months ago / News / No Comments

Ex-Renault boss, Thierry Bolloré, has been appointed to the role of chief executive officer of Jaguar Land Rover, effective 10 September 2020. 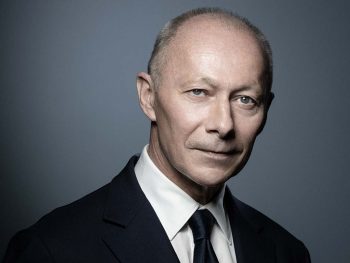 Bolloré was CEO of Groupe Renault and previously in senior positions at global automotive supplier Faurecia in China.

Commenting on his appointment, Mr Bolloré said: “Jaguar Land Rover is known around the world for its peerless brand heritage, exquisite design and deep engineering integrity. It will be my privilege to lead this fantastic company through what continues to be the most testing time of our generation.

“Renowned for their passion and spirit, the people of Jaguar Land Rover are the driving force behind its success. I couldn’t be more excited to join the team continuing to shape the future of this iconic company.”

Natarajan Chandrasekaran, chairman of Tata Sons, Tata Motors and Jaguar Land Rover plc, added: “I want to thank Ralf for a decade of outstanding vision and leadership for Jaguar Land Rover and welcome him to his new Non-Executive position in addition to his existing role on the board of Tata Sons.”