By Jonathan Musk / 6 months ago / News / No Comments

Mitsubishi Motors Corporation has confirmed that it is to freeze the development and introduction of new models for Europe including the UK. 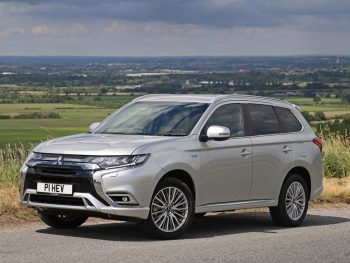 Mitsubishi Motors Corporation (MMC) is to freeze development of new models for Europe, including the UK. Models affected are likely to include the Outlander PHEV replacement and its forthcoming electric car range, with the company instead focusing on the ASEAN markets and shifting its strategy from expansion to concentration.

Mitsubishi Motors Corporation is part of the Renault Nissan Mitsubishi Alliance. In May this year, the Alliance endorsed the principle of naming different parts of the world as “reference regions,” with each company set to focus on its core regions: Nissan will be the reference for China, North America and Japan; Renault in Europe, Russia, South America and North Africa; and Mitsubishi Motors in ASEAN and Oceania.

The Alliance aims to use its buying power to improve economies of scale in purchasing power for platform and component sharing.

The Alliance also confirmed that it would renew its strengths in different segments using the three brands, for example the C-SUV post 2025 will be led by Nissan, while the B-SUV segment in Europe will be led by Renault. For Mitsubishi, the Alliance earmarked the pursuit of kei cars between Nissan and Mitsubishi for the Southeast Asia and Japan markets. Close to 50% of Alliance models will be developed and produced under the leader-follower scheme by 2025.

This strategy left little room for Mitsubishi to thrive in Europe, despite the Alliance stating that Mitsubishi would be the leader amongst the three for Plug-in Hybrid (PHEV) powertrains in C/D segments.

At present, there’s no real indication yet as to whether Mitsubishi will resume developing new models for the European and UK markets. However, MMC announced its three-year mid-term business plan (from FY2020 to FY2022), titled “Small but Beautiful”, that sets out its intention to concentrate management resources on its core regions and technologies. Reaffirming the sentiment issued by the Alliance, under this initiative, MMC will concentrate its management resources on the ASEAN region, where it is competitive with the aim to reduce its fixed costs by 20%.

MMC also announced its intent to focus on developing businesses in Africa, Oceania and South America as the second pillar following ASEAN. This will be enhanced with new PHEV and EV models launched by FY2022 introducing new SUV, pickups and MPVs in the ASEAN market from FY2022 onwards.

“We will shift our strategy from all-round expansion to selection and concentration,” said Takao Kato, representative executive officer and chief executive officer, MMC. “First of all, we will complete our structural reforms and further strengthen our competitive areas—ultimately to build a corporate structure that can surely generate profits during this mid-term period.”