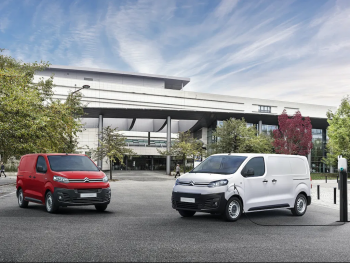 So says GlobalData as it highlights the importance of the sector, which is often overlooked.

Calum MacRae, automotive analyst at the data and analytics company, said: “As online delivery becomes more important to our everyday lives and as we shelter indoors from the coronavirus, the importance of the LCV typified by light vans such as the Ford Transit is self-evident.”

The current manufacturing restarts by vehicle manufacturers are often starting with LCVs. As PSA announced its restart plan for plants in Europe this week it included plans for its plant in Hordain, where it makes LCVs, to be the first plant back in production while the Luton plant in the UK has also restarted. Since then it’s also announced specs for its new electric vans. PSA said van plants would be restarted first because the LCV order book is relatively healthy and that demand for the van market is more predictable than for privately owned passenger cars. It’s been a similar story at some other manufacturers.

MacRae concluded: “While the industry reels under the impact of Covid-19, some sectors – such as LCVs – are performing relatively well. The figures may not be startling, but it does demonstrate that there are some pockets of hope among all the despair in automotive markets.”