Renault has given an early glimpse of its third-generation Kangoo van; due on sale in 2021 and again including a zero-emission Z.E. electric variant. 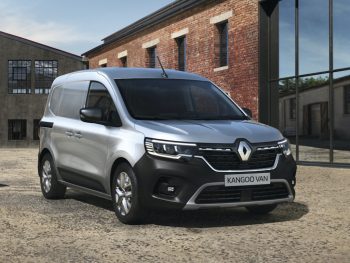 Full details and prices are yet to come but the images show a completely new exterior design, introducing a more assertive front-end, and fully redesigned interior with new materials and technologies.

Engine line-up hasn’t been revealed but there will be a new Kangoo Z.E. electric version; the existing model has sold over 50,000 units in Europe since its arrival in 2011 and Renault has pledged to electrify its entire range of vans by 2022.

The interior will be based around a new horizontal dashboard that incorporates numerous storage spaces and redesigned seats focused on comfort and durability.

The new Kangoo will be produced in Groupe Renault’s Maubeuge factory in France and will be outlined in more detail in 2021 ahead of its arrival.