BP is powering ahead with plans to increase its rapid charging infrastructure on a global basis as it outlines that high-power charging will be instrumental in overcoming barriers to electric vehicle adoption and enabling the growth of EVs. 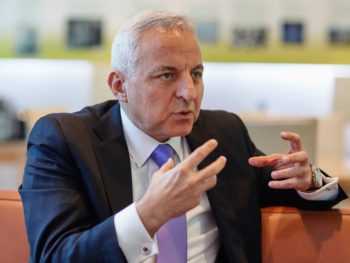 At such the Powering the Charge event – run in partnership with Charging Interface Initiative (CharlN) and also including Shell Downstream director John Abbott – brought together stakeholders to explore the potential that a convenient, accessible and widespread high power charging network (defined as 150kW+) will deliver for consumers and fleet operators, and the actions needed to make this a reality.

The event saw Erginbilgic announce that BP will begin rolling out 150kW ultra-fast chargers to UK forecourts in July of this year, with a commitment to deliver 100 chargers at 50 stations this year alone. This follows its acquisition of UK charging specialist Chargemaster last year.

Meanwhile global plans are seeing BP scale up its offer in China and Germany; in China it’s offering 60kW charging while in Germany the firm will soon start piloting ultra-fast chargers at some of its key retail sites.

This builds on BP’s investments, in Storedot, a leading developer of ultra-fast charging batteries, and FreeWire, which manufactures mobile rapid charging systems for electric vehicles.

BP said work on a high-speed network must take in three areas, including the aforementioned consumer experience and the infrastructure itself.

BP added: “An ultra-rapid charging network would be one of the most convenient and cost-efficient solutions to overcoming consumer concerns. Spanning the strategic road network, city forecourts and fleet hubs, ultra-rapid chargers would provide drivers with the ability to make out of pattern and long distance journeys and to charge their vehicle in less than 10 minutes. This would complement home, workplace and destination charging (such as at retail sites and leisure facilities) and provide a solution for those unable to charge at home, drivers on the move, and fleet and bus operators looking to maximise vehicle utilisation.”

The firm’s work also looks at technology; bringing in the need to develop high-powered charging battery cell technologies, including smaller, lower-cost batteries that can take a more frequent, ultra-fast charge, and turning to the challenge of heat dissipation. Erginbilgic said BP is collaborating with OEMs and technology companies on both on and off-car technology, such as battery and thermal management, to make ultra-fast charging a ‘mass market’ product.