Closure of showrooms until April is ‘deeply disappointing’, says SMMT

By Natalie Middleton / 6 days ago / News / No Comments

The UK auto sector has labelled plans to keep vehicle showrooms closed until at least April as “deeply disappointing” as it highlights the ongoing impact on new car registrations. 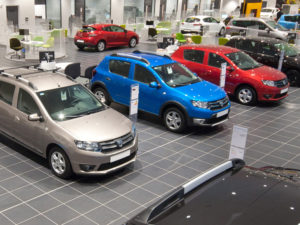 The SMMT highlighted how showrooms are “Covid-secure, large premises with low footfall and able to operate on an appointment-only basis”

The Prime Minister’s new four-step plan to lift lockdown restrictions announced yesterday would mean that all restrictions would be lifted by 21 June, if strict conditions are met.

Non-essential retail outlets including dealerships won’t be able to reopen until 12 April earliest, under the plans, despite hopes they might be open sooner.

The Society of Motor Manufacturers and Traders (SMMT) said the continued closure was a further blow for a sector already hard-hit by the pandemic; UK annual new car registrations dropped 29.4%, or 680,076 units, in 2020, hitting a near 30-year low.

The latest announcement means that showrooms will now be closed in the all-important March plate change month, which represents one in five of annual new car registrations.

SMMT chief executive Mike Hawes said the auto sector understood the priority must be to get the virus under control but highlighted how showrooms are “Covid-secure, large premises with low footfall and able to operate on an appointment-only basis”.

He added: “Whilst ‘click and collect’ can continue, this does not replace the showroom experience on which so many retail customers depend.”

He also warned of the impact on the sector and the wider repercussions.

The trade body has already downgraded its 2021 forecast to below 1.9 million new car registrations from its previous prediction of more than two million units. This would be up 15.7% on 2020 but still very subdued in historical terms; in 2019, the 10-year average total stood at 2.3 million.

Hawes added: “Unfortunately, the continuing decline in retail business will translate into reduced production volumes as well as giving rise to other operational issues. We look to Government to work with the sector to provide ongoing support and clarity so the industry can plan its re-opening and recovery.”