Jon Mitchell, group sales director for Autorola UK, discusses growth of used cars and consumer finance in the UK and how online is becoming the sales channel of choice for vendors. 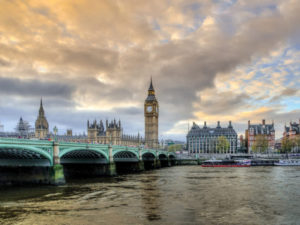 After years of new car sales growth, the UK saw the market falter in 2017

After years of new car sales growth, the UK saw the market falter in 2017 with nine consecutive declining months up to the end of December. While the market exceeded 2.5 million new car sales last year, it also fell by 5.7% in 2017 with diesel sales dropping by 17.1%, replaced by a growth in petrol, hybrid and EV sales. Alternative fuelled vehicles rose by 34.8% to 119,000 registrations.

But this stalling of the new car market has been positive for the second-hand market with many franchised dealers turning to used cars again as they struggle to hit their new registration targets. There is even talk that 2018 could be a landmark year with more used cars sold than ever before in the UK market.

Average used diesel prices also stabilised. According to our quarterly prices survey, diesel started Q1 at £11,443, fell to £10,893 in Q2 but by Q4 had recovered to £11,132. We believe after a knee-jerk reaction by the market in Q2 because of the bad press that diesel received, traders have seen continued strong demand from consumers. It remains the wholesale buyers’ fuel of choice on the Autorola portal.

For decades the UK market has been very traditional, with physical auctions selling the majority of used cars in the UK. While buyers have always been very accepting of the convenience and power of buying online, vendors have been more cautious.

We believe the industry has now reached a tipping point where online is playing a key part in vendor remarketing strategies. Peugeot, Nissan, Audi, Volkswagen Commercial Vehicles, Seat, Renault, Kia, Hyundai, Volvo and Citroën dealers all use our online portal to sell unwanted part exchanges to our 2,000 active buyers and to buy used stock from traders. Vendors such as Peugeot were early online adopters and one of the first OEMs to sign up to the online revolution. That was over 10 years ago.

Meanwhile we also run closed UK online auctions for Porsche GB and Bentley selling used stock to their dealers and for Lamborghini and McLaren to sell used cars to dealers worldwide.

But the biggest change in 2017 has been the adoption by leasing companies of selling their used stock online. We run weekly online auctions for LeasePlan and Arval. They have begun to appreciate how selling cars in this way beats physical auction therefore reducing stocking days. LeasePlan is now a group wide customer of the Autorola Group and sells used vehicles online in many other countries through our portal.

At a recent Vehicle Remarketing Association conference, the MD of Manheim, Tim Hudson, predicted that 80% of used cars in the UK could be sold online by 2022 reinforcing the speed of which the UK market is changing.

There are a growing band of UK OEMs also selling new cars online – Peugeot, Hyundai and Mitsubishi have all got websites in place where the consumer can visit and not only build and finance their new car but also get a price for their part exchange.

Finance has been a key enabler for car manufacturers and dealers to sell new cars over the past few years with Personal Contract Purchase (PCP) and more recently Personal Contract Hire (PCH) accounting for 86% of all new private car sales according to the Finance and Leasing Association (FLA). The volume has reached such a level that the Financial Conduct Authority which regulates consumer credit has launched a review into the risks caused by the recent expansion of motor finance which will be released in 2018.

The growth of used PCP is also very prevalent at franchised dealers with many selling used cars based on an up-front deposit followed by fixed monthly payments and a fixed balloon payment that they can pay at the end of the contract to own the car. Ironically the steady supply of good quality two- and three-year old ex-PCP cars with 20-30,000 miles on the clock coming back from drivers are those that are then being offered back into the market financed on PCP.

No article on the UK motor industry is currently complete without a mention of the word Brexit. The UK Pound has seen its value fall by 18% since the Brexit vote in June 2016 which has increased margin pressure on overseas manufacturers. New car prices have risen as a result but only by 3%, with further price rises likely in 2018.

Currently Nissan, Toyota, Honda, Jaguar Land Rover, Vauxhall and Mini are the main car and van makers that produce vehicles in the UK and while many have already committed their futures to the UK they will also be keeping a close eye on the trade terms and conditions that will be in place post Brexit.

The UK economy continues to send conflicting messages. In December, consumers were less upbeat, while in November the services Purchasing Managers’ Index (PMI) dipped; however, the manufacturing PMI surged thanks to greater new orders from home and abroad. Employment fell in July–October from the previous quarter, and real wages continued to shrink, albeit at a more moderate pace. On 22 November, the chancellor presented the mildly expansionary Autumn Budget, which included measures to boost housebuilding, reduce stamp duty for first-time homebuyers, increase the minimum wage and allocate extra funding to health. These announcements could make it more difficult for the chancellor to meet the mandate of reducing the structural budget deficit to below 2% of GDP by 2020/21, despite better-than-expected borrowing numbers in 2017. In early December, the UK and EU reached an agreement on Brexit separation terms, which paves the way for talks on a transition period and a future trade deal early next year. Agreeing swiftly on a transition period will be vital to providing certainty to firms and safeguarding investment in the UK.

Consumer prices rose 0.4% in December over the previous month, up from November’s 0.3% rise and matching analysts’ expectations. December’s figure was largely driven by higher prices for transportation and furniture, household equipment and maintenance.

Inflation in December ebbed to 3%, down from 3.1% in the prior month and in line with market expectations. The largest downward contribution to the figure came from air fares, which didn’t rise by as much as they did in the same period last year. Annual average inflation increased from 2.6% in November to 2.7% in December.

Industrial production increased 0.4% in November over the prior month, up from October’s revised 0.2% uptick (previously reported: +0.0% month-on-month) and slightly overshooting analysts’ expectations. The result was driven by growth in the manufacturing and electricity, gas, steam and air conditioning sub-sectors, while the mining and quarrying, and water supply, sewerage and waste management sub-sectors contracted. November’s cold snap – which came after unseasonably warm weather in October – was behind the solid performance of the electricity, gas, steam and air conditioning sub-sector.