The European Commission is looking to cut car and LCV emissions by 30% by 2030 under a proposal for post-2021 CO2 targets. 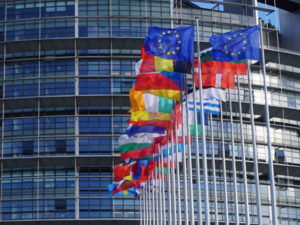 The plans – intended to help accelerate the transition to low and zero emission vehicles – set out that average CO2 emissions from new passenger cars and LCVs registered in the EU in 2025 will have to be 15% lower compared to 2021, rising to 30% lower by 2030 and enforced by penalties for every gram per km per car of CO2 that is over target.

This would bring the ceiling for fleet average emissions down from the 95g/km limit currently levied from 2021 to 66g/km from 2030. The plans also set out a target for zero emission vehicles of 30% of new sales in 2030 but don’t set legally-binding quotas on this, in contrast to the original proposal.

The proposals – which will now be considered by the European Council and Parliament – fall in line with the objective of reducing greenhouse gas emissions from transport by at least 60% on the 1990 level by 2050, as reaffirmed in 2016 under the European Strategy for low-emission mobility.

Vice-President responsible for the Energy Union, Maroš Šefčovič said the proposals will entice carmakers to “manufacture the best, cleanest and most competitive cars, hence regaining consumers’ trust. This is a major leap in the right direction: a modern sustainable European economy with cleaner air in our cities and better integration of renewables into present and future energy systems.”

In a fact sheet Q&A, the commission commented on the impact to the automotive sector, saying: “Given the gradual shift to zero- and low-emission powertrains until 2030, there will be sufficient time for re-skilling and up-skilling in the automotive sector. The transition to zero- and low-emission powertrains will enable the European car industry to retain technological leadership which is one important condition for future growth and jobs.”

Responding to the announcement, the European Automobile Manufacturers’ Association (ACEA) said setting an additional target already in 2025 “does not leave enough time to make the necessary technical and design changes to vehicles, in particular to light commercial vehicles given their longer development and production cycles”.

It added that the 30% reduction level proposed by the Commission is also “overly challenging” and said the European auto industry considers a 20% reduction by 2030 for cars to be achievable at a” high, but acceptable, cost.”

The association also said that success in meeting a 2030 target will be clearly linked to the market uptake of alternatively powered vehicles and reiterated its view that Europe needs much more investment in recharging and refuelling infrastructure, before it can be expected that consumers throughout the entire EU will embrace such vehicles.