Failure to strike an EU trade deal would increase the price of electric vehicles, potentially reducing demand by 20% and undermining the UK’s progress on Net Zero, according to the auto sector. 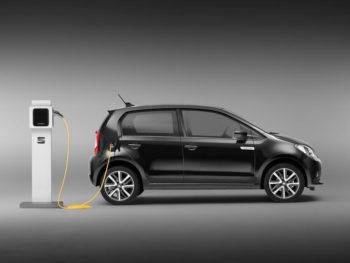 The SMMT warns that no-deal tariffs would bring a £2,800 average price uplift on EU-built EVs, effectively cancelling out the UK’s Plug-in Car Grant

While a 10% ‘no deal’ WTO tariff would bring an average hike of £1,900 per EU-built vehicle sold in the UK, new analysis shows that for fully electric cars, the cost increase is even higher, at £2,800.

This would effectively render the current £3,000 Plug-in Car Grant for these vehicles null and void, according to the data from the Society of Motor Manufacturers and Traders (SMMT).

The organisation added that the shock of the higher cost risks reducing increased battery electric vehicle (BEV) demand next year by at least 20%, hampering UK’s efforts to reach ambitious emissions reduction targets and for the country’s work to become a world leader in transport decarbonisation.

The tariffs would also add £2,000 to the cost of British-built battery electric cars sold in Europe, thereby damaging international competitiveness as the UK strives to become a global leader in electromobility.

Instead, the automotive sector is repeating its calls for a “swift conclusion of an ambitious UK-EU FTA to protect jobs and drive a sustainable recovery across every region”.

Mike Hawes, SMMT chief executive, said: “To secure a truly sustainable future, we need our government to underpin industry’s investment in electric vehicle technology by pursuing an ambitious trade deal that is free from tariffs, recognises the importance of batteries in future vehicle production and ensures consumers have choice in accessing the latest zero emission models. We urge all parties to re-engage in talks and reach agreement without delay.”

The SMMT added that the situation further underscores the need for a “world-beating package of fiscal measures, alongside massive investment in charging infrastructure”. It warns that the UK lags behind many of Europe’s major electric vehicle markets when it comes to market incentives. Compared to purchase incentives of up to £8,160 per battery electric vehicle in Germany and grants of £6,350 in France, UK EV customers get just £3,000.

Instead, the SMMT is calling for a long-term commitment to competitive incentives, including full VAT exemption for all zero-emission capable cars. It says this would potentially drive some 1.4 million BEV sales over the next five years, with an estimated 16% market share by 2025 compared with around 5% today.