New car registrations were up 28.0% year-on-year in June but market recovery continues to be hampered by the global semiconductor shortage. 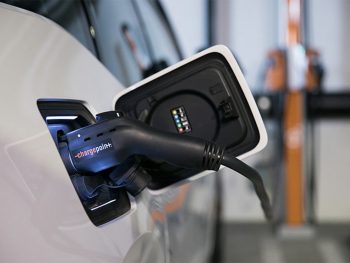 The fleet sector led the recovery in the latest Society of Motor Manufacturers and Traders (SMMT) figures, with registrations up by 33.5% to 92,909 units. This compares to a 21.8% rise in private registrations to 88,715 units, while business registrations, to fleets of fewer than 25 vehicles, rose 2.4% to 4,504 units.

But the new car registration monthly performance was again artificially lifted through comparison with June 2020 when the UK began to emerge from the first pandemic lockdown and showrooms re-opened.

In fact, when compared with the previous decade average, monthly registrations were down 16.4%.

And for the fleet sector, June registrations were down 26.7% compared with June 2019.

But while overall sales were down compared to before the pandemic, electric vehicles continued to see significant growth in June. Battery electric vehicles accounted for more than one in 10 registrations (10.7%), followed by 8.7% for traditional hybrids and 6.5% for plug-in-hybrids. This compares to 8.1% for diesels and 6.1% for mild hybrid diesels. However, petrols continued to account for the lion’s share of registrations, taking a 46.4% share plus a further 13.5% for mild hybrid petrols.

The SMMT said that for new car registrations to return to the previous decade average of 2.3 million per annum, and for that total to be electrically-driven, consumers need certainty about the future with long-term government commitments to incentives, and confidence in the rollout of charging infrastructure nationwide.

Chief executive Mike Hawes added: “Rebuilding for the next decade is now well underway with investment in local battery production beginning and a raft of new electrified models in showrooms. With the end of domestic restrictions later this month looking more likely, business and consumer optimism should improve further, fuelling increased spending, especially as the industry looks towards September and advanced orders for the next plate change.”

John Wilmot, CEO, car leasing comparison website LeaseLoco, added: “The fate of the UK car industry lies in the hands of greener motoring. If we are going to see a strong rebound in new car sales over the coming months, it is going to be underpinned by sustained growth in electric and hybrid sales.

“Consumers are clearly motivated to make the switch to low and zero emissions cars. Now it’s in the Government’s hands to ensure that this opportunity isn’t spurned. And early switching is going to be key to ensuring that the road to zero emissions stays on track.”