Jaguar Land Rover has reported a record £3.6bn (€4.1bn) loss as it continues to fight falling sales in China and declining diesel demand. 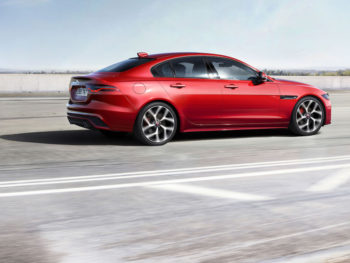 Although the results show the company returned to profitability in Q4 with a pre-tax profit of £269m (€307m) before exceptional items, it posted a full-year pre-tax loss of £358m (€408m) before £3.3bn (€3.8bn) of exceptional items. These include the £3.1bn (€3.5bn) write-down previously announced for Q3 – after the carmaker concluded that the carrying value of its capitalised investments should be adjusted downwards – as well as redundancy costs taken in Q4.

JLR has already started work on rolling out a ‘major transformation plan to lay [the] foundations for long-term sustainable profitable growth’; this includes plans to axe 4,500 jobs globally, starting in the UK. In a statement, the carmaker said the ‘Charge’ transformation programme is on track has already delivered £1.25bn (€1.4bn) of efficiencies and savings as well as seeing the company return to profitability in Q4; with redundancy costs stripped out, it report fourth quarter pre-tax profit of £120m (€137m). It added that it’s on track to make at least £2.5bn (€2.9bn) of investment, working capital and profit improvements by March 2020 through the programme.

Chief executive Ralf Speth said: “Jaguar Land Rover has been one of the first companies in its sector to address the multiple headwinds simultaneously sweeping the automotive industry. We are taking concerted action to reduce complexity and to transform our business through cost and cash flow improvements.”

Although the company has previously warned that a no-deal Brexit could impact tens of thousands of jobs, it made no reference to Brexit in its latest results. However, it highlighted its work to invest £3.8bn (€4.3bn) in product development, new technologies, expanding manufacturing footprint and streamlining product creation process. This includes its work to gear up for the switch to electric cars. It’s also rumoured to be considering an offer on a majority stake on Addison Lee.

Speth added: “Jaguar Land Rover is focused on the future as we overcome the structural and cyclical issues that impacted our results in the past financial year. We will go forward as a transformed company that is leaner and fitter, building on the sustained investment of recent years in new products and the autonomous, connected, electric and shared technologies that will drive future demand.”

The announcement comes as the carmaker also said that chief financial officer Ken Gregor will step down on 1 June 2019 after 22 years with the business. His successor has been named as Adrian Mardell, chief transformation officer. JLR has also addressed rumours about talks about a takeover by PSA, with a spokesperson from parent firm Tata Motors having said: “As a matter of policy, we do not comment about rumours or speculation on M&A. But given recent media coverage, on this occasion, we would like to make clear that Jaguar Land Rover is not for sale. Tata remains a proud and committed owner of this company.

“At JLR, management is totally focused on executing the transformation programme, the ongoing product offensive, the ACES transition and returning to sustainable growth.”

Previous: Audi Q5 to get 49g/km plug-in hybrid model
Next: Karhoo teams up with SNCF for enhanced mobility services