Regarded as being at the forefront of innovation, Toyota has led from the front with electrification and hybrid sales reached more than 1.5 million in 2017, contributing heavily to the global giant’s income. However, never one to sit on the fence, Toyota has big plans for the future. 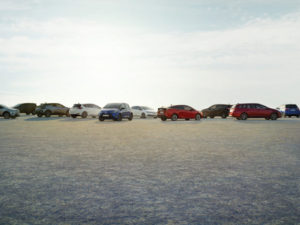 In terms of markets, Toyota is a global force with success in every region of the planet. The company can trace its humble beginnings as Toyoda Automatic Loom Works, Ltd. making looms for the textile industry in the 1930s before forming the Automotive Production Division in 1933 and finally registering Toyota Motor Corporation Ltd. (Toyota) as a new company on 27 August 1937.

Today, the company is one of the largest in the world by revenue and was ranked fifth overall in October 2016 and had capital of a not inconsiderable £4.13bn (¥635bn) in March 2016. Consequently, in automotive terms, Toyota has frequently been classified as the world’s largest automotive manufacturer over the past decade.

In 2008, Toyota ended GM’s 77-year reign as the world’s largest car maker, holding on to the top annual sales spot until 2011, when it surrendered the title after production was disrupted by natural disasters in Japan and Thailand. The Japanese company regained the lead in 2012 and kept its position until the end of 2015.

To reach this stage, the company has of course changed beyond recognition and today Toyota incorporates other brands to strengthen its market position and appeal to a broad demographic. This includes its luxury arm, Lexus, more-budget oriented brand Daihatsu and commercial vehicle maker Hino. In addition, the company makes everything from sewing machines to industrial robots.

Toward the end of December 2017, Toyota had accrued enviable sales and by the year-end had produced 9,007,511 vehicles; a 0.4% increase over 2016 and the first time Toyota had increased annual production in five years.

Sales outside of Japan numbered 7,751,000 (a 1.4% increase overall) and worldwide sales were an impressive 9,384,000, a 1.7% increase over the preceding year. Worldwide exports increased too for the first time in five years and this was credited to increased exporting to North America, Latin America, Asia, Oceania and Africa. The most important market for the company is North America (31.6%), with Japan second (25.3%) followed by Asia (17.7%), Other Regions (15%) and finally Europe (10.3%).

Naturally, electrification is playing an important role in Toyota’s global sales and in 2017 the company sold more than 1.52m electrified vehicles globally. The milestone was made three years ahead of Toyota’s official 2020 targets and in-line with the company achieving its 2030 target of 5.5 million electrified vehicle sales a year and its Environmental Challenge 2050.

With the introduction of the Toyota Prius in 1997, Toyota quickly became the market leader for hybrid vehicles. Its success has been the result of solid on-road manners, decent economy, adequate performance and low emissions – all powered through the divisive eCVT transmission.

Overall, this has allowed Toyota to install its hybrid-know-how in many of its models, with the powertrain accounting for 41% of sales for Toyota Europe and 52% for Western Europe, according to figures released in January 2018.

A raft of new models have been well-received globally, with cars like the striking C-HR Hybrid almost stealing a march on stable mate Prius by sharing the same technology in an arguably more desirable and fashionable crossover package.

But Toyota is never one to sit still despite being reluctant to add anything with a plug to its ranks and Toyota UK has discontinued diesel versions of the Auris as part of a 2018 refresh, in line with customer demand shifting in favour of the hybrid.

During a press conference relating to Toyota’s long-established corporate links with Panasonic who together are developing the next generation of solid-state lithium-ion batteries, Toyota’s CEO Akio Toyoda stated that by 2030 Toyota’s global sales will consist of “electric vehicle and fuel cell vehicle would total 1m; battery and plug-in hybrid vehicle about 4.5m, so in total about 5.5m electrified vehicles”.

Furthermore, Toyota has been a pioneer with hydrogen fuel cell vehicles, introducing the Mirai to market in 2015 after its official reveal at the 2014 Los Angeles Auto Show. As of December 2017, the company had sold more than 5,000 units globally, which is no small feat considering slow up-take due to a lack of supporting infrastructure. However, the company aims to install a power plant capable of producing water, electricity and hydrogen using bio-waste as a fuel at the Port of Long Beach and generating enough hydrogen for the daily needs of 1,500 fuel cell vehicles.

Both hybrids and hydrogen fuel cells, as well as plug-in hybrids and, latterly, battery electric vehicles are all part of Toyota’s larger plan to be zero emissions by 2050, both in the vehicles it produces as well as how they’re made.

For the fleet market, the UK is acting as something of a pioneer, with the rest of Europe watching closely. Toyota UK plans to deliver fleet vehicles via dealerships and in February 2018 introduced a new Business Drive Direct service to support fleet and business customers by providing a prompt, simple and seamless experience that not only manages all aspects of vehicle sales, contract hire and finance, but also provides an introduction to services provided by the customer’s local retailer.

How did Toyota fleet sales perform overall in 2017? Which were the strongest markets and products?

2017 was a very good year for Toyota in general and fleet specifically. We saw an overall increase of more than 10% compared to 2016*.

We saw significant share gains in the major fleet markets (UK, Germany and France) and in Poland have increased fleet sales by 24%.

Toyota C-HR was a major contributor to this performance, alongside our re-vitalised Commercial Vehicle range. Yaris and AYGO remain our biggest fleet models.

A shift in drivetrain preference accelerated during 2017, with over 40% of corporate customers selecting hybrid electric power.

And how will previous experience with hybrids help?

Our long history of developing, marketing and selling alternative powertrains – over 20 years of hybrid electric, the development of the Mirai, and other mobility solutions – has prepared our network for the future and the advances of electrified and other powertrains.

Will plans to deliver fleet vehicles via dealerships – which is being introduced in the UK this year – be mirrored across Europe?

TME provides overall strategic guidelines for network and retail standards, but each National Marketing and Sales Company (NMSC) will develop their own local strategies, based on local fleet customer requirements and logistic organisation. Other markets will look at the UK business model to see whether it would work for them.

Has Toyota found attitudes to diesel, hybrid and petrol drivetrains change across the region?

Clearly, fleet customers are reviewing their policies towards a more sustainable mobility. The rate of change and the development of new strategies differ slightly by region, but a general trend can be seen.