A new real-life testing methodology that will allow the NOx emissions performance of vehicles to be fairly compared in urban scenarios has been given the green light. 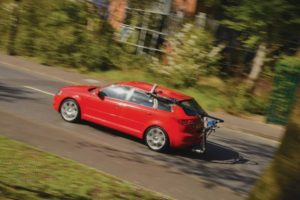 The methodology has been issued by The European Committee for Standardisation (CEN) and covers independent tests that can be used to complement to the new Real Driving Emissions (RDE) regulation.

Developed through dialogue and agreement with a broad range of European stakeholders, it will enable the use of on-road tests to capture emissions data, from different test centres, such that the data collected will allow the emissions performance of vehicles to be fairly compared.

The criteria for the tests will ensure that a result is valid and repeatable across multiple instances of the same vehicle using Portable Emissions Measurement Systems (PEMS) equipment. Tests will need to be conducted on-road based on at least five trips, on at least two matching vehicles at an average speed between 20 and 40km/h.

Massimo Fedeli, co-founder and operations director of AIR, said: “The CEN Workshop Agreement 17379 reflects more than a year of collaboration to reach alignment on the methodology to report the actual NOx emissions from vehicles in urban driving, so that consumers can buy the cleanest car, based on scientific fact. Only when armed with such information can policy makers in cities and governments create fair and effective rules to tackle urban air quality problems.”