Now as renowned for its plug-in hybrids as it is for its off-road prowess, Mitsubishi Motors Corporation is unlocking new potential as part of an alliance with Renault and Nissan – and all without losing its unique identity. 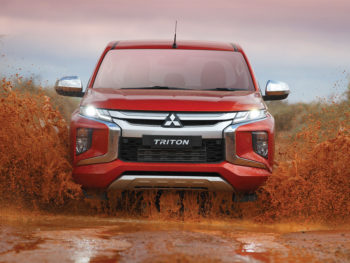 MMC can trace its carmaking roots over more than a century.

Famed for rugged off-roaders and rally-bred sports sedans, Mitsubishi Motors Corporation (MMC) would have seemed an unlikely trailblazer for electric mobility before the launch of the Outlander PHEV. Five years and more than 115,000 European customers later, the SUV has not only reinvigorated the company’s fleet appeal but, for many drivers, it’s been a first step towards electric driving. And that process of change isn’t slowing over the next five years.

MMC is a relative newcomer, established in 1970 as a spin-off of Mitsubishi Heavy Industries, but it can trace its carmaking roots over more than a century. Mitsubishi’s first passenger car, the Model A, launched in 1917 and its four-wheel drive expertise dates back to 1937 and limited numbers of the PX33 military vehicle. Capacity stepped up significantly with knock-down versions of the Willys Jeep from 1953 and its first mass-market car, the Mitsubishi 500, followed in 1960, laying the foundations for the global company it has since become.

Headquartered in Tokyo, MMC now employs 30,000 staff with production and R&D sites spanning Asia, Europe and North America, and it’s set up for growth. In 2016, Nissan took a 34% stake in the company, becoming the largest shareholder and making it a partner in the Renault-Nissan-Mitsubishi Alliance, with a view to sharing its body-on-frame and electrification expertise, while enabling it access to common platforms and technologies from the other members. By 2022, the Alliance is aiming to have found €10bn of synergies across the brands.

Europe was tougher – up 8% year-on-year, to 193,000 units, but mostly due to a healthy Russian market. The Outlander PHEV has helped grow Western European volumes from 111,000 in FY13 to 160,000 in FY17, but year-on-year sales were static. Although MMC’s global sales in MY18 increased 14.7%, to 1.244m units. This increase was led by extending its footprint from 60 countries to 92, and by ramping up production in China and Indonesia.

MMC is undertaking a three-year strategic plan, targeting a 30% increase in annual unit sales to 1.3m vehicles, with revenues growing to match, at 2.5 trillion Yen (€19.4bn).

By the end of 2020, the company will have launched six all-new models and five updated ones. This process is already underway, starting with the Pajero Sport, Xpander and Eclipse Cross, all of which have had production localised to meet demand. The Outlander was refreshed in summer 2018, while a heavily updated L200/Triton (its second best-seller globally) follow later this year.

Behind the launches, the company is extending its North American and Chinese dealer networks and offsetting R&D costs by increasing synergies with its Alliance partners. The next Outlander will be the first to move onto a common platform, shared with the Nissan X-Trail and Renault Koleos and Mitsubishi will begin selling rebadged Renault Trafic vans in Australia and New Zealand during 2019. It also looks likely that MMC will lead development of future pickups for all three brands.

Electric vehicle technology will also be shared – MMC is planning ‘electrified’ versions of its entire model range, including an electric Kei car in Japan from 2020, but this will include 48-volt ‘mild hybrid’ drivetrains alongside its familiar PHEV technology. Improving battery technology will enable the next Outlander PHEV to offer a 100km electric range, and there are plans to roll this out to other passenger cars too, according to corporate vice president, Vincent Cobee.

“Firstly we have a stronghold on that technology. Second, if you look at regulatory environments and project five to ten years down the road, there will have to be electrification across the vast majority of countries and segments. The long-term answer is yes, we can use this knowhow and expand it upwards and downwards, or sideways to a broader range of cars,” he says.

Alliance synergies could also enable Mitsubishi to offer local models for Europe, Cobee explains. “If you are unable to do more than 100,000 units, then your investment is difficult to cover. Is there a car we can develop that we can achieve more than 100,000 sales? It’s a possibility. Another strategy is to have a global car and build it in different plants within the Alliance, specifically with right-hand drive and uncertainty with the pound.” 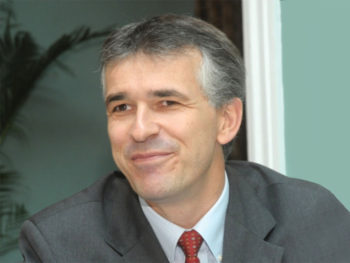 Having pioneered EVs and PHEVs, where do you go next?

If you look at what’s coming in terms of regulations, competitors and customer expectations, electrification is going to become mainstream. If you want to survive you need to have a substantial part of your fleet in either PHEV or BEV. Those are the only two that will meet regulations from 2021 onwards.

How long does diesel have a life in commercial vehicles?

If you combine load, torque requirements and a conservative mindset then diesel is here to stay for four or five years at least. Diesel is providing torque, towing capacity and durability, but this was maintained by the European regulations on CO2. The minute we all agree NOx is an issue, diesel is out.

There’s a combination of aspects. First it’s cost; Euro 6d and Euro 7 will drive the cost of diesel crazy. Second you have discussions about travel bans. If you can’t enter London or Frankfurt then it’s a bit of an issue. The further aspect is regulation, CAFE will drive this issue for diesel pickups.

You should never forget customers. Cost of ownership [for PHEVs] is lower than diesel, driving pleasure is higher and you can have a self-sustaining environment with a renewable energy source and a bi-directional charger. [Commercial vehicles] will be harder because of reliability, maintenance and function.