Scott Westerby is to step up to run the UK fleet department at Groupe PSA as Martin Gurney leaves the company. 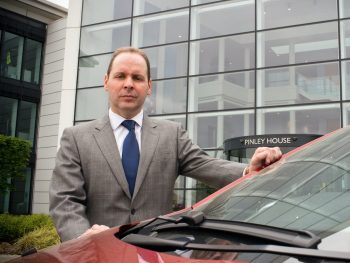 Scott Westerby, who is currently head of fleet operations, will take over from Martin Gurney as head of the fleet department at PSA

Part of a series of senior management changes, Westerby – currently head of fleet operations – will take over from Gurney, who has held the role of director – fleet and used vehicles for six years and departs now to pursue a career with another, as yet unnamed, company.

Westerby brings 15 years’ experience in the retailer world including within parts, service and dealership management. His experience at PSA includes nearly two years as national fleet sales manager while his most recent role as head of fleet operations saw him responsible for Peugeot, Citroën and DS Automobiles fleet sales. He has also worked for the Citroën and Peugeot brands in roles including zone sales manager and national commercial vehicle sales manager.

Julie David is appointed as managing director for Peugeot UK, effective 8 January, following David Peel’s decision to move to a new position outside of Groupe PSA.

She has more than 25 years of experience in the automotive industry, across Ford, Audi, Volkswagen, Skoda and Jaguar Land Rover, as well as running her own change management and executive coaching company working with global automotive brands and in private and public sector industries.

The changes also see Richard Dyson, director for parts & service, retire after 34 years of service in many different roles within the group.

He will be replaced by Mark Pickles from 1 February. Pickles is currently managing director of Free2Move Lease, having previously undertaken a number of senior roles in the Peugeot brand, including most recently that of marketing director.

Pickles will, in turn, be replaced Mark Blundell, who originally joined the group as a business trainee and is currently marketing director for DS. Prior to DS, he has built broad experience across many functions including senior roles such as head of product and pricing for Peugeot, head of inventory and order control and also time as a zone sales manager and marketing manager for Peugeot Robins and Day Coventry dealerships.