UK fleet and overall new car registrations fell by nearly a third in 2020, leaving the sector looking to a green recovery strategy. 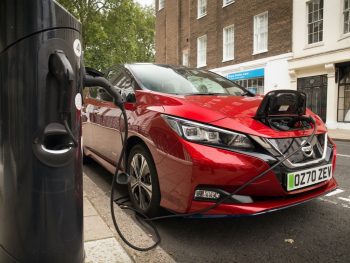 The figures from the Society of Motor Manufacturers and Traders (SMMT) show that UK annual new car registrations dropped 29.4%, or 680,076 units, hitting a near 30-year low. The 1.63 million total marked a level not seen since 1992.

The declines come on the back of December’s 10.9% fall in overall new car registrations, with fleet down 8.3%, business registrations falling 25.7% and private demand declining 13.9%.

One a more positive note, 2020 seemed to be the much-fabled tipping point for battery and hybrid car take-up, which together accounted for more than one in 10 registrations over the year – up from around one in 30 in 2019.

The SMMT also noted that most (68%) of these registrations were for company cars – indicating the importance of the sector in helping the new car market switch to BEVs and hybrids ahead of the 2030 petrol and diesel new car ban.

However, the organisation added that this shows private buyers need stronger incentives to make the switch, as well as more investment in charging infrastructure, especially public on-street charging.

Looking ahead to 2021’s performance, the SMMT highlighted how another lockdown across England and ongoing tough restrictions across the rest of the UK will further impact the industry and highlighted the need for a green recovery.

Chief executive Mike Hawes said: “With the rollout of vaccines and clarity over our new relationship with the EU, we must make 2021 a year of recovery. With manufacturers bringing record numbers of electrified vehicles to market over the coming months, we will work with government to encourage drivers to make the switch, while promoting investment in our globally renowned manufacturing base – recharging the market, industry and economy.”

The BVRLA also said the EV figures show the importance of the Government’s work with business fleets to set up grants and tax incentives and invest in a robust public charging network.

Chief executive Gerry Keaney added: “The latest BVRLA data shows that the fleet sector continues to lead the charge towards zero-emission motoring, with battery electric vehicles responsible for 21% of company car registrations in the three months to October 2020.”

Ashley Barnett, head of consultancy at Lex Autolease, also said that incentives for electric vehicle take-up must remain a priority if the Government is serious about achieving the ambitious Road to Zero targets.

He commented: “The growth in EVs is comforting but ultimately is from an extremely low base – only 6.6% of vehicles on the roads are EVs (including PHEVs).”

He added: “2021 also needs to be the year we discuss, seriously, what the used EV market will look like. In less than three years, we’ll see the 108,205 EVs that were delivered in 2020 enter the used vehicle market. Without some fiscal support to encourage second-hand acquisition, overall growth may stall. Again, government incentives are a crucial part of creating demand in this market – to ensure that EV adoption is a realistic prospect across the whole affordability spectrum.”