Škoda has given a first glimpse of the fourth-generation Fabia, which will bring increased space and latest petrol engines when it arrives later this year. 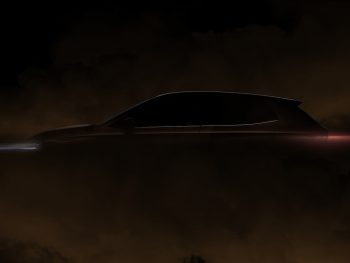 The silhouette image teases the new proportions of the Fabia, which is based on the Volkswagen Group’s Modular Transverse Toolkit MQB-A0 for the first time

Making its world premiere this spring, the new model is based on the Volkswagen Group’s Modular Transverse Toolkit MQB-A0 for the first time. The platform, already used for the Volkswagen Polo, will enable increased space and Škoda says the new Fabia is larger than its predecessor in all dimensions. This includes boot space, which is up by 50 litres.

The new platform will also enable the use of latest-gen assistance systems and connectivity features, while also bringing further improvements in passive safety due to a more rigid body structure.

Engine line-up will cover a range of petrol engines – no details have been revealed yet but both a manual gearbox or automatic seven-speed DSG will be on offer.

Further details will be revealed at the Fabia’s global debut in the coming weeks.