Swiss fleet registrations down 2.7% in July

The Swiss car market saw some ups and downs in July, including a slight fall in true fleet registrations. 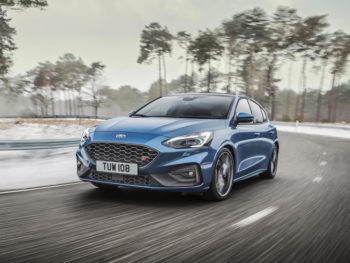 Analysis by Dataforce’s Christian Spahn shows that passenger car registrations last month fell slightly compared to the corresponding prior year’s month (-0.8%). While commercial registrations saw a moderate 0.2% rise, the private market declined by 1.7%. Within the commercial channels, it was once again the dealer/manufacturer segment (+ 8.6%) being responsible for the growth. However, both true fleet (-2.7%) and short-term rental registrations (-7.7%) declined year-on-year.

In July, true fleet registrations fell for petrol (-8.7%) or diesel cars (-4.8%). In the first seven months of the year, registrations of petrol and diesel cars in the True Fleet market fell by 15.3% and 6.0% respectively. In contrast, alternative fuel types recorded significant growth, especially electric vehicles, which increased by 174.3% over July. From a YTD perspective, over 75% more electric vehicles found their place in vehicle fleets than in the same period last year.

The fleet ranking of electric cars in the first seven months of 2019 is led by the Tesla Model 3 with over 600 registrations, followed by the Renault Zoe, BMW‘s i3, the Hyundai Kona, the Nissan Leaf and the Jaguar I-Pace.