Vehicles re-tested under the new WLTP fuel economy cycle are recording “greater than expected” CO2 emissions when figures are converted back to NEDC, JATO Dynamics has warned, resulting in possible increases in fleet taxation. 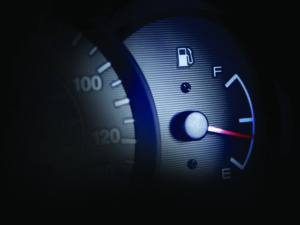 Within 12 months, all new cars will have to be re-tested to produce WLTP data, except those that are due to be discontinued. WLTP is expected to result in CO2 increases of around 20% compared to NEDC figures.

However, as taxation and the EU’s fleet-wide CO2 target of 95g/km are both based on NEDC figures, there’s a crossover period where both sets of data will be required. All new vehicles will be WLTP-tested, and converted to ‘NEDC correlated’ fuel economy and CO2 emissions using a tool called CO2MPAS.

Analysis from JATO, published in a new white paper, has shown this could be problematic. The first NEDC correlated figures on UK model cars are up to 18% higher than the genuine NEDC fuel economy and CO2 emissions from earlier this year.

And that could bring increased taxes for fleets and fleet drivers, depending on the market.

JATO also warned that this could make the 2020 95g/km CO2 targets very difficult to meet, placing greater reliance on electrification: “The automotive industry would need fully electric vehicles to account for 15% of the market in 2021 in order to meet the 95g/km CO2 target. This is striking considering that the current level of fully electric vehicles registered in the EU is 1% of the market.

“It’s clear change needs to happen, considering the combination of the current trend of declining demand for diesels and the reduced diesel offerings from automotive companies, as well as the growth of the SUV segment and the slow progress of electric vehicles in the industry.”