By Contributor / 2 years ago / Comments / No Comments

Car sharing is growing exponentially in China, due to still-inadequate public transport options and government efforts to stimulate the new energy vehicle (NEV) market. As a result the alternative solution has grown in popularity to the point that 42 percent of Chinese consumers would be willing to exchange their private cars for car-sharing arrangements, according to “The future of automotive mobility”, a recent global study by Arthur D. Little.

Leaders in the Chinese car-sharing market 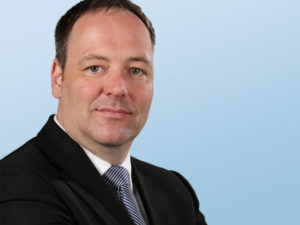 Currently the three main types of car-sharing players in the market are OEMs, car-rental companies and third-party technology companies. Microcity, founded in 2013, the largest player so far in China, has strong support from Geely. All of its vehicles are provided by Kandi EV, the joint venture between Geely and Kandi Group. With substantial support from the Hangzhou government, including free parking spaces and a subsidy for infrastructure construction and charging, it had approximately 11,000 vehicles in operation by late 2016. Besides its network inside Hangzhou, it has built up service spots in neighboring tier-3 and -4 tourism cities. Tourists can drive the cars from Hangzhou to these places of interest very conveniently.

Foreign OEMs have launched car-sharing businesses in China, although the market share is much lower than for local ones. Considering most local governments’ supporting policies focus on NEVs only, foreign OEMs will be at a disadvantage in terms of getting subsidies, business plates and parking spaces if they do not have NEV fleets.

The Chinese central government has released fuel consumption and NEV credit requirements for OEMs, defining the NEV penetration target for 2020. Car sharing can be a major way for OEMs to digest the NEV volume quota for OEMs. Currently, 90 percent of the shared cars in the market are NEVs, and 10 percent are ICE cars.

In addition, according to ADL’s global study, the classic automotive pyramid is changing due to the development of shared mobility, autonomous driving and electric vehicles[1]. The new role of “customer mobility interface provider” is taking access to, and relationships with, end customers from OEMs. Moreover, they are likely to have higher bargaining power due to large procurement volumes. Given these risks, OEMs have strong motivation to be engaged in this role.

Of all the new mobility services, chauffeur and car-sharing services are considered to have high potential in China. However, Chinese local governments have launched very strict controls over chauffeur services, such as the size of the wheel base of the chauffer car and a requirement for chauffeurs in tier-1 cities to have residency in those cities.

Challenges the market must overcome

On the other hand, utilization of vehicles is low. The major reason is the limited number of service spots, which are scattered among different players, as well as operational hurdles such as “tides” (insufficient supply during rush hour, while cars are idle during non-rush hour).

In addition, The fixed cost of vehicles is high, including depreciation, vehicle insurance and parking. Operational difficulties include limited parking spaces and a restriction on the number of business plates (license plates for business vehicles such as car-sharing and taxis) issued in tier-1 cites.

In the near future, the sector will further consolidate, as the business requires scale and the necessary resources, such as plates and parking lots, are limited. Industry consolidation and improved customer acceptance, or even loyalty, will lead to higher fleet utilization and scale of economy. Breakeven of the business case will then be achieved. However, given the challenging environment, players need to outperform in order to survive and achieve competitive advantages.