By Curtis Hutchinson / 3 years ago / Interviews, Opinions / No Comments

BCA’s new European CEO Jean-Roch Piat talks to Curtis Hutchinson about how the business is delivering a cross-border remarketing service for fleets. 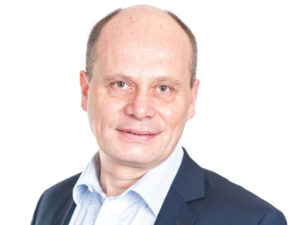 For companies operating large vehicle fleets across different regions the ability to centralise the remarketing of these vehicles can make a significant difference to bottom lines. One company that recognises this need and has successfully built it into its DNA is BCA Marketplace.

Although set up and based in Great Britain more than 70 years ago to serve the domestic UK market, the business now operates 50 centres and remarkets more than 1.3 million used vehicles every year. It is active in 10 countries: the UK; France; Portugal; Spain; Germany; the Netherlands; Switzerland; Denmark; Italy and Sweden – making it Europe’s largest vehicle remarketing company.

Heading up the business is Jean-Roch Piat, BCA divisional CEO for Europe, who has been with the group for more than 10 years, having been promoted to this position in January 2018 from chief operating officer – remarketing Europe.

Piat maintains the scale of BCA’s European operations makes it better placed than anyone else to centralised remarketing programmes for businesses operating across multiple borders.

“There has always been an aspiration of international businesses to leverage the potential of the large portfolio of 44 different European markets, which offer additional demand and arbitraging possibilities,” he says. “However, those businesses have found out that being a true international remarketing player, in an efficient and safe way, is much more complex than it initially appears. Differences in languages, regulation, product specification and taxation bring their own issues, alongside logistic demands that require vehicles to be shipped quickly from one point to the other.

Piat believes there is a willingness amongst international vendors to engage in international remarketing programmes. He also maintains that the move towards centralised disposal strategies has been helped by buyers willing to purchase across borders. This measure, he adds, is helping find a ready market for de-fleeted vehicles from daily rental and leasing companies. “Buyers are quickly adopting different purchase patterns and sourcing from multiple markets. This is profoundly transforming the European market and providing additional remarketing opportunities for vendors.

“Cross-border sales are a regular part of the BCA programme across Europe, so there is an established infrastructure that fleet sellers can tap into,” explains the BCA man. “This framework provides solutions to the complex issues of the import/export process, language differences, national and pan-European regulations and local and international tax requirements.

“In the corporate world, one of our flagship partners is Hertz, which has been among the first international fleet owners to leverage BCA’s European footprint, and is increasingly doing so.”

Much more to come

Piat says BCA is now in the development stage of rolling out similar services to a “large number” of lease companies, fleets and international dealer groups. “The untapped potential is huge,” he teases.

As BCA was established and grew in the UK before expanding its operations into continental Europe, Piat points to the many differences and similarities in the way the remarketing model has evolved. Clearly lessons learnt in the UK are being applied across the continent as European dealers have come later than their British counterparts to the value of sourcing and retailing good quality used car stock, especially from fleet operators.

“The key difference lies in the maturity of the dealer model in the UK,” he explains. “The vast majority of UK dealers have adopted a high stock rotation model, where retail vehicles are churned on 45, 60 or 90-day timescales. This focused, professional approach encourages them to invest more of their best people and resources in the growth of their used car business.”

Pat maintains that this system allows the fleet owners to count on a reliable level of demand, supported by a very efficient exchange, securing liquidity. As a result, the UK fleet owners and retailers are intensively using value added services such as efficient reconditioning, which will contribute to even faster churn and dealer profit. “In contrast, European dealers, who have lived too long under the block exemption rule – allowing them to make a living from selling new cars and servicing them – are in catch up mode. They are now seeking support of their goals to retail used cars swiftly, efficiently and profitably. BCA is focusing on supporting modern retailers, helping them to master the basics and to grow quickly, thus leading the consolidation of the industry.

Piat believes the key services for European dealers focus on enabling the part-exchange process and making it easier to source stock – which can be through discrete online marketplaces managed by BCA, on behalf of the OEMs or through our One Europe marketplace.

“The other major opportunity is to help dealers improve their churn,” he furthers. “Services such as reconditioning are less developed in Europe at this stage, but we are quickly progressing with high-speed delivery throughout Europe for example, as this is a key to a profitable business for our buyers.”

However, any successful remarketing channel has to factor in the all-important role of digital marketing which has transformed the way used cars are brought to market,” he says. “The European market is increasingly digital, and the number of new online retailers is rising sharply. They require support with imagery and order fulfillment, or to streamline the part-exchange process and BCA is delivering services in these areas.

“It is less a case of ‘this channel versus ‘that channel’ or ‘the European way versus the UK model’, and more about getting continual exposure across a range of routes to market and ensuring the right buying power is in place. In addition, there needs to be the logistics and technical services in place to support the buying platforms, particularly when cross-border trade is involved.”

Remarketing is an increasingly sophisticated business and BCA is clearly looking at ways at delivering the best possible disposal services to companies operating across multiple borders across Europe.

BCA has made considerable investments in offering European fleets a one-stop shop service with European CEO Jean-Roch Piat making it clear that this successful strategy will continue. “BCA is focusing on the creation of the first, largest and easiest to use marketplace in Europe and is devoting significant resources to this initiative. This implies a thorough change in the way we do business, as well as a willingness to invest in the creation of new services such as an international delivery network.

“We have progressed quickly with this and have seen a rapid increase in the share of cross border units which suggests we are providing what the market wants,” he adds. “This process, in turn, triggers the willingness of international vendors to engage in international remarketing programmes with BCA.”

An internal review of the remarketing activities across PSA Groupe’s European business resulted in the identification of the need for a service to handle the remarketing of more than 240,000 cars in 10 markets. The group identified the need for optimising and increasing the value of its remarketing portfolio and finally opted for the MOVE platform from RMS Automotive, a subsidiary of US giant Cox Automotive.

MOVE now manages and remarkets the vehicle inventory across PSA’s Peugeot, Citroen and DS brands by linking defleet, wholesale and retail activities while also providing end-to-end inventory reporting. The improvements in process efficiencies saw an increase in net returns on PSA asset values and a 40% increase in stock rotation in the first two years.

Christian Vanoni, head of international used car wholesale operations for PSA Groupe admits PSA’s remarketing process was in need of an overhaul. “The problem we had was we couldn’t publish all of our stock at the same time to different buyer types in various sale sessions and as a consequence we were holding too much stock and the financial losses weren’t acceptable anymore.”

After a tendering process PSA signed a remarketing agreement with RMS Automotive and integrated the MOVE platform into its IT system. “It took us roughly 12 months to roll it out across our seven major European countries, 10 countries are live now with all three brands of the PSA Groupe and we can register over 430,000 transactions,” reveals Vanoni. “MOVE is a major contributor to reducing our stock levels. Before MOVE PSA was strongly direct sales orientated. After two years we could reach a ratio of 50% of online sales.”