Global Cap Code: The first step towards a worldwide presence

Established for more than 30 years in the UK, Cap HPI is launching a globally-applicable Cap Code in Europe’s biggest markets as a first step towards a worldwide presence.

Adrian Rushmore, newly appointed as international operations director, tells Alex Grant it should have widespread benefits for the fleet sector. 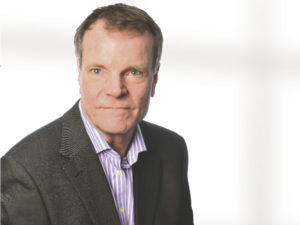 F­­­rom its offices overlooking the city of Leeds in the North of England, Cap HPI is on the crest of a wave. Already a household name in the UK automotive industry, this year it will extend its services to four European countries, marking the first step towards a presence in 75 global markets. A worldwide operation which – backed by huge local knowledge – will still be based out of Leeds.

Parent company Solera Holdings acquired HPI, which provides provenance information for used cars and vans, in 2009, and vehicle data and valuations expert CAP in 2014. It spent the first half of 2016 merging the two companies under one roof, the former headquarters of CAP, enabling the two teams to work together without the difficulties of having offices 400km apart. That’s put the business in a good place to expand, says international operations director, Adrian Rushmore.

“Solera wanted a valuation business to support their repair and estimating system, Audatex, in 78 countries and five continents,” he says. “We said what we want to do in Europe and beyond is what we’ve done successfully in the UK. In order to do that we need a code structure as an enabler for the delivery of a whole range of different products.”

This meant developing an entirely new version of the CAP Code, a vehicle identification system which is relied on by leasing companies, manufacturers and dealers in the UK. Its international equivalent performs a similar task, but there are two layers. One identifies the vehicle based on factors shared across markets, the other marks out country-specific options and trim levels. Features which were never required in the UK.

For Solera, it offers a far more granular vehicle identification process for the Audatex estimating system used by insurers and repairers. For leasing companies and the motor trade, it also opens huge possibilities for analytics. Leasing companies operating across borders, for example, can see how individual markets or sectors are performing either in real time, or over a longer period. It could even drill down into data such as how specific vehicles are typically specified, and recognise differences between local regions of countries.

“[Analytics are] important particularly in Europe because of border trading,” he explains. “So in Spain, where you’ve got a lot of export of cars at the end of the summer season, they end up in eastern Europe or Poland. The difficulty is being able to identify those assets once they cross borders. Because we’ve got the code, and identified it in Spain, we will recognise it when it’s in Poland or wherever else it will be. So it’s being able to follow assets as they move across boundaries.”

The investment is huge. Though it’ll be headquartered in the UK, each market will have at least one car and one commercial vehicle editor, a forecasting editor for cars, plus a team of data researchers and salespeople who will collect new vehicle data from manufacturers. The priority from launch – Germany will be the first international market, expected to be in place by the end of Q2 – will be cars, with LCVs to follow. Recruitment will need to take place in France, Italy and Spain ahead of planned launches before the end of the year.

“We need the same level of expertise as in the UK – without that local knowledge we will fail,” says Rushmore. “They will be local experts in Germany, France, Italy and Spain, so will come with a lot of used vehicle market knowledge, similar to the UK editors, and will come to Leeds only for occasional meetings. Otherwise they’ll stay where they are.”

Significantly, there is no plan to supersede the pre-existing UK CAP Code with its international equivalent. The company’s customers will get product support indefinitely, and Rushmore doesn’t foresee much early take-up for the international code in the company’s home market due to the upheaval of swapping their systems to the new code. Instead, the expectation is that only those with a cross-border operation will change, while most will move when they perform other back-office upgrades.

But a new name in the market can only be beneficial, he says: “There has not been a challenge to the establishment in 50 years. If you think about the big players in Europe – DAT, EutotaxGlass – they have a fairly free reign.

“I’m not pretending that Cap HPI will immediately steal all their business, because these organisations are deeply entrenched. People don’t switch providers very often, in fact they probably haven’t in over a generation, so to dislodge the competition is not going to be easy. But we have the benefit of our existing business, Solera, and it’s a many-pronged attack. We’ve got offerings for manufacturers, leasing companies and dealers – that’s where we’re pointing our guns.”

Previous: VW Group and Tata to explore strategic alliance in India
Next: The customer not the car: ALD’s Innovation Lab