Global leasing: From strength to strength

By Contributor / 3 years ago / Comments, Opinions / No Comments 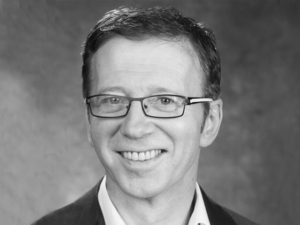 For the sixth consecutive year since the global financial crisis, the leasing industry has enjoyed growth in new business volumes and the outlook for the industry remains optimistic.

The Asian region experienced impressive growth of 30% and demonstrated by far the largest percentage increase among all the global regions. All eyes remain on China, which registered staggering growth of 61%, highlighting the robustness of this burgeoning market.

Europe recorded a growth rate of 7.3% and North America experienced 2.2% growth over the previous year. By contrast, Latin America posted a slight decline of 6.8% in 2016 while Africa recorded a fall from the previous year’s figure of 19.5%. Australia/New Zealand was down 8.9%.

The North American region has maintained its position as the world’s biggest market, with new business volume of US$416.8bn and represents 37.9% of the total global market share in equipment leased. The US is the dominant player of the region, and is the largest single market in the world. In 2016 new business volume was US$383.9bn.

In Canada low commodity prices and the weak economy set the tone for the machinery and equipment market to struggle regardless of ongoing gains in the fleet vehicle market. There was an 8.5% drop in the value of new assets financed in Canada in 2016. The fleet leasing market was the strongest segment, growing at 6.4% in 2016.

Each year the US and Europe vie for the top position in the world’s leasing market share, and again, both have relatively similar new business volume of US$383.9bn and US$346.3bn respectively. Europe accounts for 31.5% of world volume and five European countries (UK, Germany, France, Italy and Sweden) feature in the world’s top 10 countries for new business, contributing 65% of the total volume.

The United Kingdom and Germany are positioned as the third and fourth largest leasing markets in the world and remain the dominant players in Europe. They accounted for 42% of the European market and 13% of the world market.

New business volume in Asia increased by a very impressive 30% in 2016 and occupied a 26.4% share of the world market of US$289.9bn, a greater figure than the previous year where the market share for Asia was 22.2%.

In China new leasing business was up a massive 61.9%, to US$206bn in 2016, making China the second largest leasing market in the world. The growth of the market has been remarkable, and leasing is now seen as an important financing option in the domestic economy.

Japan, which is the fifth largest leasing market in the world, experienced a small decrease in lease transaction volume in 2016 of 1.3%. However, it is a sophisticated and mature market which still remains the second largest in Asia

­after China and approximately 6% of private capital investments are made through leasing.

The third biggest leasing market in Asia is Korea, which ranks 13th in the world, achieving new business volume of US$10.8bn, which was down slightly in 2016.

Rest of the world

Africa accounts for 0.5% of the global leasing market with only four countries being placed in the top 50 ranking. They are: South Africa, ranked 28th, Morocco 37th, Nigeria 44th and Egypt 46th. The region declined in volume to US$5.4bn.

There is a scarcity of accurate information available on the African markets. The International Finance Corporation (IFC), a member of the World Bank, has been supporting the development of leasing markets in Africa for over 10 years and has intervened in more than 20 countries. But, there is not a definitive study at present and estimates for the region are difficult.